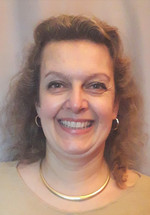 Chrystelle Castano-Francony is a neuropsychologist.

After three years studying Clinical and Psychopathological Psychology in the University of Lyon, she integrated a Neurosciences Cognitives Master and specialized herself through a DESS Neuropsychology of the University of Savoie (Chambery, 1996).

She has completed her cursus with an Emotional Freedom Techniques certificate (EFT France school) in 2010 and recently validates a BPC formation in 2021.

Since 1996, she works in the Neurological department of the Hospital of Vienne (Isere, France) and since 2012 joins the Rehabilitation département of the same structure.

Her fields of interest in Neuropsychology are executive functions, comportemental disorders and episodic memory, focus on adult patients with several brain injuries and neurological pathologies, like Parkinson’s disease.