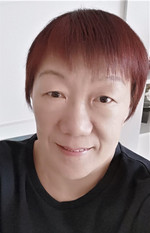 She obtained her medical degree in 1987 from the Shanghai Jian Tong medical university, China. She works in France as a neurologist since 1995 and obtained her PhD in Neurosciences in 2001 from the Joseph-Fourier University in Grenoble. She got the equivalence doctor in medicine in France in 2008.