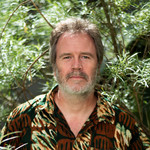 Roman Wittig is Director of Research at the Institute for Cognitive Sciences (UMR5229). Since 2012 he is Director of the Taï Chimpanzee Project (TCP) in Côte d’Ivoire, where wild habituated chimpanzees are observed continuously since 1979. He is Principle Investigator of the Evolution of Brain Connectivity Project (EBC) at the Max Planck Society.

Throughout his career Roman has investigated the cognition and behaviour of our closest living relatives, chimpanzees and other non-human primates in the wild. Combining behavioural ecology with comparative psychology allowed him to examine the evolution of the human mind and to investigate the selective pressures that have shaped human brain and behaviour. Critical here was the examination of wild apes, where brains and behaviour were formed by the socio-ecology in which the animals evolved. As director of the Taï Chimpanzee Project, Côte d’Ivoire, his research on chimpanzees has provided critical insights into the evolution of the human mind and behaviour, by investigating both ultimate and proximate factors that fashion the complex aspects of chimpanzee behaviour and cognition. Insights include: (1) Friendships in non-human primates facilitate cooperation and provide fitness benefits, potentially shaping cognition; (2) Cooperation in chimpanzees works not only within dyads, but also at the group level, probably driving complex cognition; (3) Neuro-hormones promote dyadic and group-cooperation in chimpanzees, suggesting that benefits of cooperation formed neurobiology.

Roman has received his Doctor rerum naturalium in 2004 from the the University of Leipzig (Germany) at the Max Planck Institute for Evolutionary Anthropology (EVA) after conducting his research on Conflict management in wild chimpanzees at TCP. He observed wild chacma baboons in the Moremi Game Reserve, Okavango Delta, Botswana, for two years and Eastern chimpanzees at Budongo Conservation Field Station, Uganda, for three years. He held research positions at the Department of Biology, University of Pennsylvania, Philadelphia, USA and the School of Psychology, University of St. Andrews, Scotland, before he returned in 2011 to the MPI EVA to become Max Planck Research Group Leader. In 2021 he joint the ISC to bridge the cooperation of CNRS and MPS under the EBC, before becomming in 2022 Director of Research at the ISC.